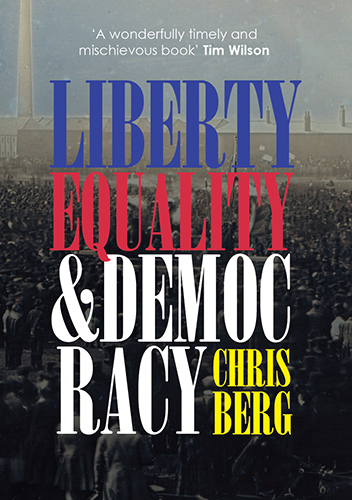 No one has the right to rule. If we don’t believe our fellow citizens are intellectually capable of deciding what and how much to eat, whether to drink, or how to arrange their financial affairs, then why do we think they are capable of voting?’

We live in a fundamentally undemocratic age. Governments treat their citizens as incapable of making decisions for themselves. Policy-making power has been taken out of the hands of elected politicians. Poll after poll shows the public are unhappy with democracy itself. In this wide-ranging book, Chris Berg makes the case for radical democratic equality, and a democracy order that truly respects the equality and rights of its citizens.