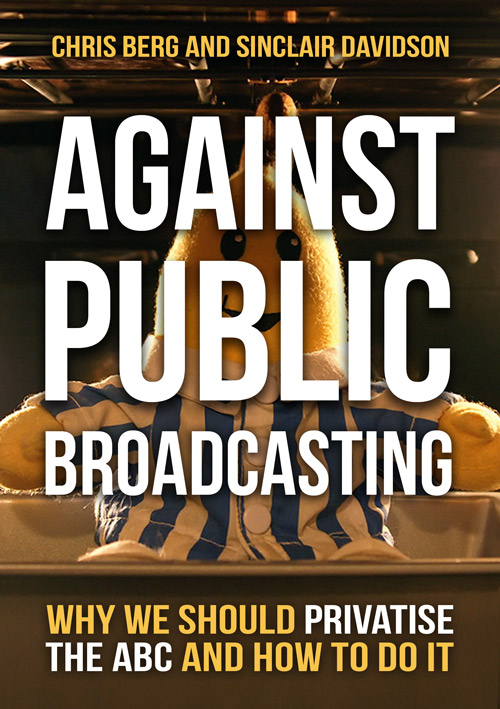 The Australian Broadcasting Corporation is a media colossus with a reputation for integrity and quality. It is also a billion-dollar government program that lacks any coherent justification for its existence. Chris Berg and Sinclair Davidson provide a highly readable account of how and why the ABC has come to be in this position. This is the first serious analysis of the rationale for the ABC and its existence in decades.

When the ABC was founded in the 1930s the problem was a scarcity of media. Now that we live in a world of media plenty, it is hard to see why the government is still subsidising a media empire. This book provides an outline of how policymakers can dispose of the ABC, while at the same time preserving its value and realising that value for the benefit of taxpayers.